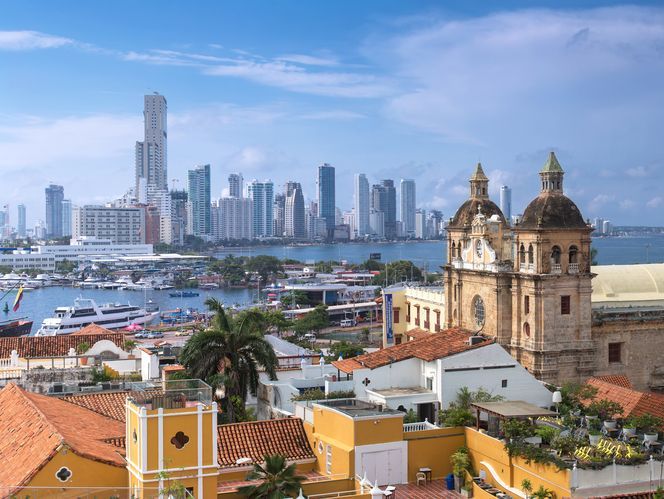 A Dublin based training company - Mindstream Life Coaching Training Courses - has made the headlines in Colombia after it delivered the first Business Coaching seminar in the Latin American country´s Caribbean coast.

Mindstream gave the two-day seminar this weekend in Cartagena, with a focus on leadership, motivational skills, achieving goals and improving relationships in the workplace and overall create a more productive environment.

Silvia Bandera, head of Continuing Education at the university, who oversaw the seminar, said there was a welcome boost in interest in the coaching programme after it was covered by local newspaper El Universal.

“People went crazy calling with questions: what is this? How do we sign-up?”

The programme was delivered by Seann Farrell, owner of Mindstream, a member of the International Institute of Coaching and Mentoring, he has been delivering lifestyle and business coaching programmes for more than 20 years.

Farrell said he was taken aback by the welcome from the Colombians, and admired that participants were so open about their personal lives, and eagerness to develop themselves.

“I found them far more willing (than Europeans) to express their emotions, and they spoke comfortably of their love for their family and their spiritual experiences.”

Ms Bandera said Sinu University had decided to host a coaching programme after noting the need in Colombia for new and open-minded ways of thinking, particularly on the back of the recent Free Trade Agreement the country signed with the United States, and overall rise in foreign businesses and investment in Colombia.

“There´s a need for new ways to think differently,” said Ms Bandera. “We´re opening up more to the world around us.”

She added: “Coaching is only starting in Colombia. Few people know what it is … and this is the first time a foreigner has come to Cartagena for coaching. “

“And it´s a great opportunity for us to have a coach from Ireland. We invited Seann Farrell for his innovative knowledge in this area,” she said, adding that his accreditation with the International Institute of Coaching and Mentoring was a selling point.

Sinu University has invited Mindstream to deliver a further two-day and a four-day diploma coaching seminar next year, said Ms Bandera, after the response from the participants at the weekend.

“People were very happy and said the coach was excellent,” she said.

In addition to the two-day seminar, Farrell delivered two lectures on coaching to audiences of over 200 in both Cartagena and to the university in Monteria in the west of Colombia.

Farrell said he was keen to return to Colombia and deliver more coaching seminars into the future. “It is a new and exciting market for Coaching, as business people are now becoming aware of the benefits for executives and industry.

“We expect to be involved in coach-training in Colombia for many years.”

Strictly necessary cookies
These cookies are essential for visitors to be able to browse the website and use its features. None of this information can be used to identify visitors as all data is anonymized.

Currency
Purpose: To be able to show prices in the currency matching the visitor's preferences.
Duration: 30 days.

Google Recaptcha
Purpose: To be able to validate whether the visitor is human and to limit the amount of spam from contact forms.
Duration: 1 year.
Provider: Google.


Third-party cookies
These cookies collect information about how visitors use the website, like which pages they've visited and which links they've clicked on. None of this information can be used to identify visitors as all data is anonymized.

ga
Purpose: Registers a unique ID that is used to generate statistical data on how the visitor uses the website.
Duration: 1 year.
Provider: Google.

gid
Purpose: Registers a unique ID that is used to generate statistical data on how the visitor uses the website.
Duration: 24 hours.
Provider: Google.

We also integrate with social platforms on this site that allow you to connect with your social network in various ways. Social media integration will set cookies through the website which may be used to enhance your profile on social media sites or contribute to the data they hold for various purposes outlined in their respective privacy policies.